Undressing the Maid — gender, sexuality and the boby in theconstrustion of the Finnish nation 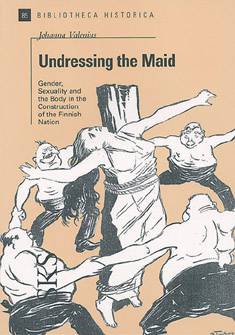 This study analyzes how the imaginary Finnish Maid (Suomi-neito) was used to construct the
Finnish nation at the turn of the 20th century. It focuses on gender, femininity and masculinity,
sexuality and body as well as on the images of virginity, bridehood and sexual violence. The study
argues that Finnish male intellectuals saw the Finnish nation as their female beloved, a potential
bride, but that they did not get her and the Finnish Maid remained an eternal virgin. In addition, the
Finnish Maid was seen as being raped by the Russians. The materials analyzed in this study consist
of caricatures, poems and national monuments.

Ideology and the challenges of political liberalisation in the USSR, 1957-1961
Renkama, Jukka
Mjukband
Suomalaisen Kirjallisuuden Seura 2006