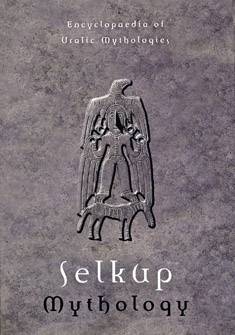 Selkup Mythology is the fourth volume of The Encyclopaedia of Uralic Mythologies, edited by Anna-Leena Siikala, Vladimir Napolskikh and Mihaly Hoppal, which offers a basis for the study of the roots and present nature of Finno-Ugric and Samoyed religions.

The volume introduces readers to the mythic narratives, beliefs and religious traditions of the Selkups, an indigenous group speaking a Samoyed language. The tiny Selkup population consisting of less than 4000 persons lives in a vast area in the west of Siberia; their nearest linguistic relatives are other Samoyed-speaking peoples, the Nenets, Enets, and Nganasans, and the Ob'-Ugrians (Khanty and Mansi).

The Southern and Northern Selkups differ both in their dialects and their customs, and lack a common literary language. The Selkups were one of the classical targets of ethnographic studies in Siberia by the nineteenth and early twentieth centuries. However, though there are classical descriptions of Selkup shamanism, their mythic narratives and folklore has been a closed field for Western researchers. This book opens up the world-view and beliefs of the Selkups and thus presents the means to interpret their rituals and religious practices.