Hidden Rituals and Public Performances — Traditions and Belonging among the Post-Soviet Khanty, Komi and Udmurts 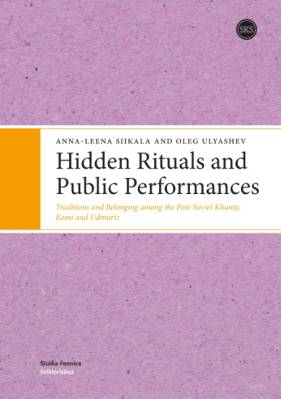 Why are Khanty shamans still active? What are the folklore collectives of Komi? Why are the rituals of Udmurts performed at cultural festivals? In their insightful ethnographic study Anna-Leena Siikala and Oleg Ulyashev attempt to answer such questions by analysing the recreation of religious traditions, myths, and songs in public and private performances. Their work is based on long term fieldwork undertaken during the 1990s and 2000s in three different places, the Northern Ob region in North West Siberia and in the Komi and Udmurt Republics. It sheds light on how different traditions are favoured and transformed in multicultural Russia today. Siikala and Ulyashev examine rituals, songs, and festivals that emphasize specificity and create feelings of belonging between members of families, kin groups, villages, ethnic groups, and nations, and interpret them from a perspective of area, state, and cultural policies. A closer look at post-Soviet Khanty, Komi and Udmurts shows that opportunities to perform ethnic culture vary significantly among Russian minorities with different histories and administrative organisation. Within this variation the dialogue between local and administrative needs is decisive.