On the Border of Language and Dialect 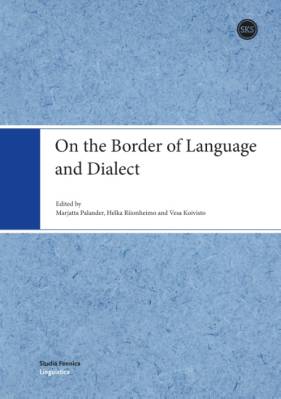 This volume considers the linguistic borders between a language and a dialect as well as the administrative, cultural, and mental borders that affect the linguistic ones. The articles approach mental borders between dialects, dialect continua, and areas of mixed dialect, language ideologies, language mixing, and contact-induced language change. Karelian receives particular attention, being examined from multiple perspectives with attention to variation, maintenance, and the dialect perceptions of its speakers. Together, the articles paint a picture of multidimensional, multilingual, variable, and ever-changing linguistic reality where diverse borders, boundaries, and barriers meet, intertwine, and cross each other. The combination of the articles also aims to cross disciplinary and methodological borders and present new perspectives on earlier studies.