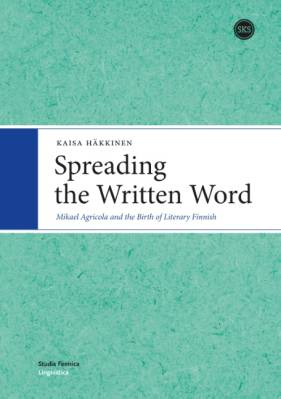 The arrival of the Reformation was the decisive impetus for literary development in Finland. The principle of Lutheranism was that the people had to get to hear and read the word of God in their own mother tongue. If there previously was no literary language, it had to be created.

The first Finnish books were produced by Mikael Agricola. He was born an ordinary son of a farmer, but his dedication to his studies opened up the road to leading roles in the Finnish Church. He was able to bring a total of nine works in Finnish to print, which became the foundation of literary Finnish.

This book describes the historical background of Mikael Agricola, his life, his personal networks, the Finnish works published by Agricola, research on Agricola and Agricola's role in contemporary Finnish culture. The most extensive chapter is a depiction of Agricola's Finnish. The book was written with a broad audience in mind, as a work of non-fiction for anyone interested in these subjects.