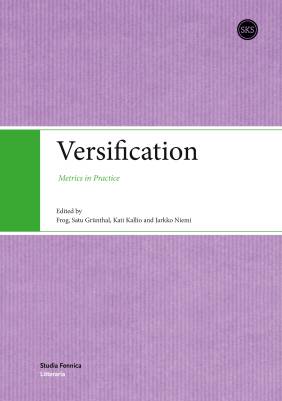 Versification describes the marriage of language and poetic form through which poetry is produced. Formal principles, such as metre, alliteration, rhyme, or parallelism, take precedence over syntax and prosody, resulting in expressions becoming organised as verse rather than prose. The aesthetic appeal of poetry is often linked to the potential for this process to seem mysterious or almost magical, not to mention the interplay of particular expressions with forms and expectations. The dynamics of versification thus draw a general interest for everyone, from enthusiasts of poetry or forms of verbal art to researchers of folklore, ethnomusicology, linguistics, literature, philology, and more. The authors of the works in the present volume explore versification from a variety of angles and in diverse cultural milieus. The focus is on metrics in practice, meaning that the authors concentrate not so much on the analysis of the metrical systems per se as on the ways that metres are used and varied in performance by individual poets and in relationship to language.